This project is an interactive case study for “Albert and Otto” (A&O) by K-bros and Mokuni games. This is an excerpt from the work submitted to and currently being implemented by the company.

Visit iTunes to play the completed game on your iOS device.

Identifying the major pain points in the direct port version was our first priority. This was accomplished by playing through each level of the game, which also helped us pinpoint each game-breaking instance. In order to back up our findings, the next step was to implement a user test.

I get what the controls do when I experiment, but I don’t have any context for what they do.

Jumping and shooting is difficult to do at the same time.

This feedback, along with the feedback that we didn’t include in this post, provided a compelling argument that our observations from the initial heuristic evaluation were on point. The current UI Scheme was incompatible for touchscreen devices. Making a new iteration involved researching and performing a comparative analysis. 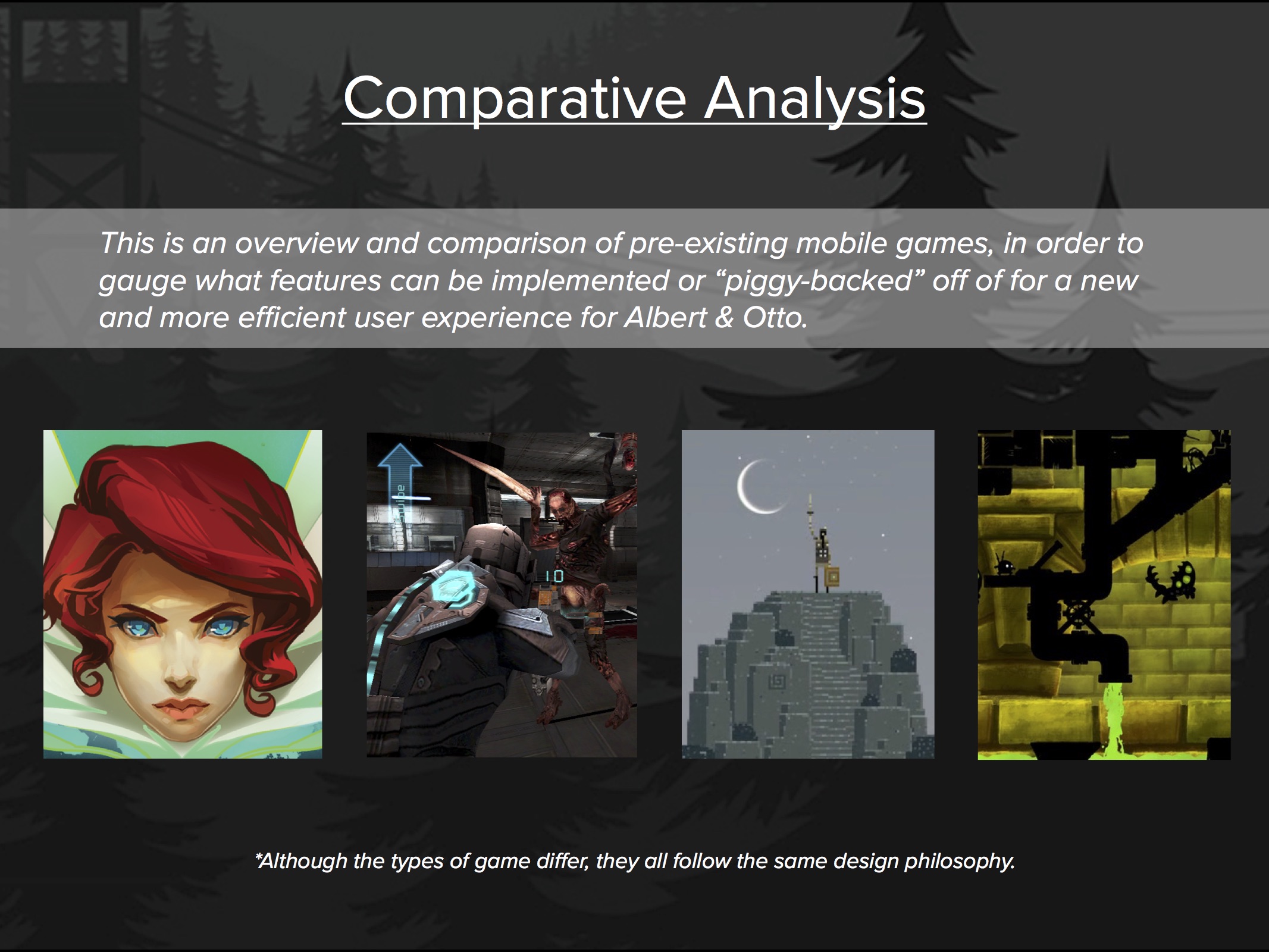 After doing our due diligence, we compiled the data we needed in order to begin sketching and laying out key ideas, which will eventually become the game’s new UI. 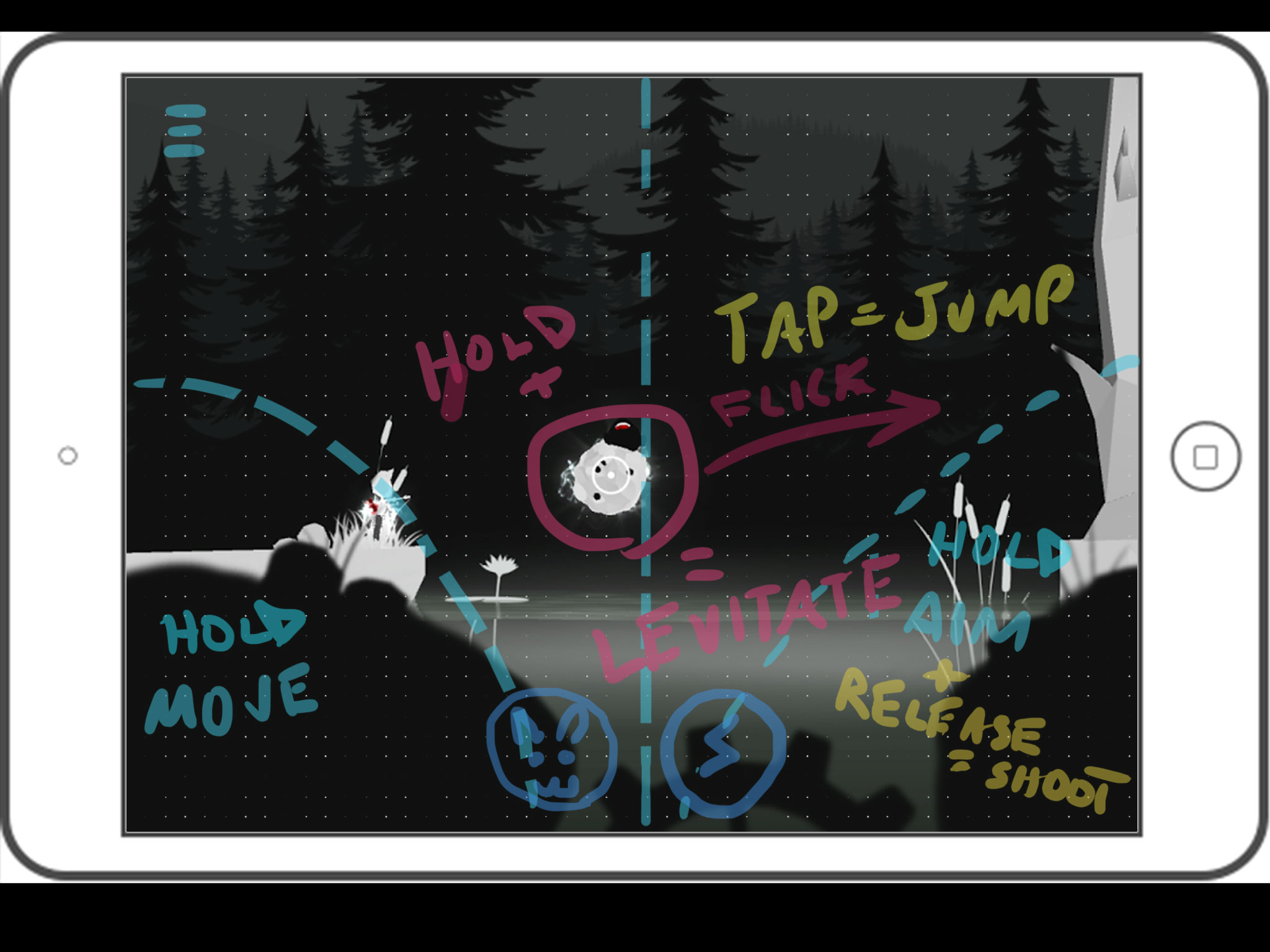 Once the best solutions were identified, we proposed a design that not only followed best practices for mobile, the design utilized the full functionality of the touchscreen interface. Finally, the ideas were tested and revisions were made accordingly. 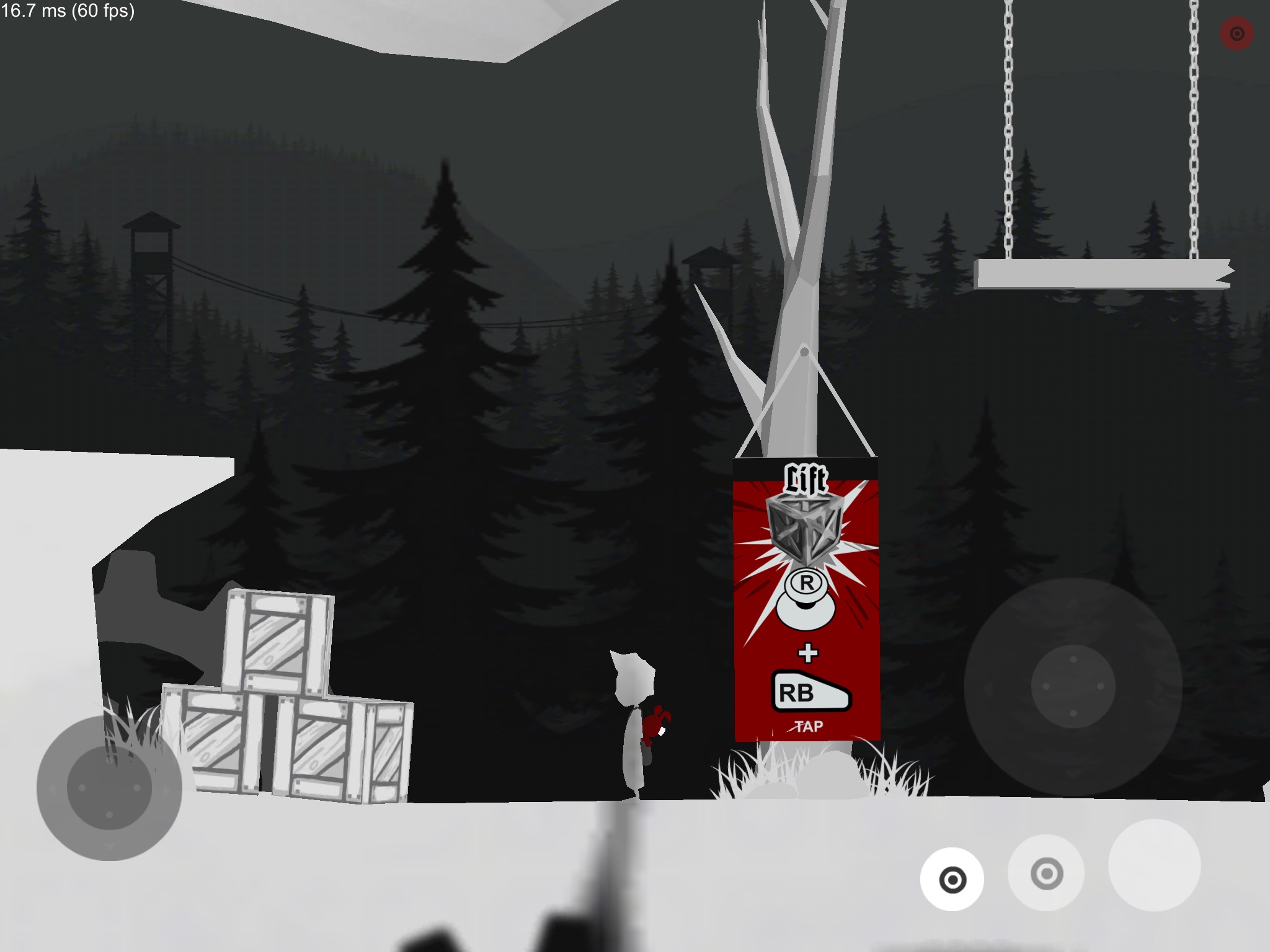 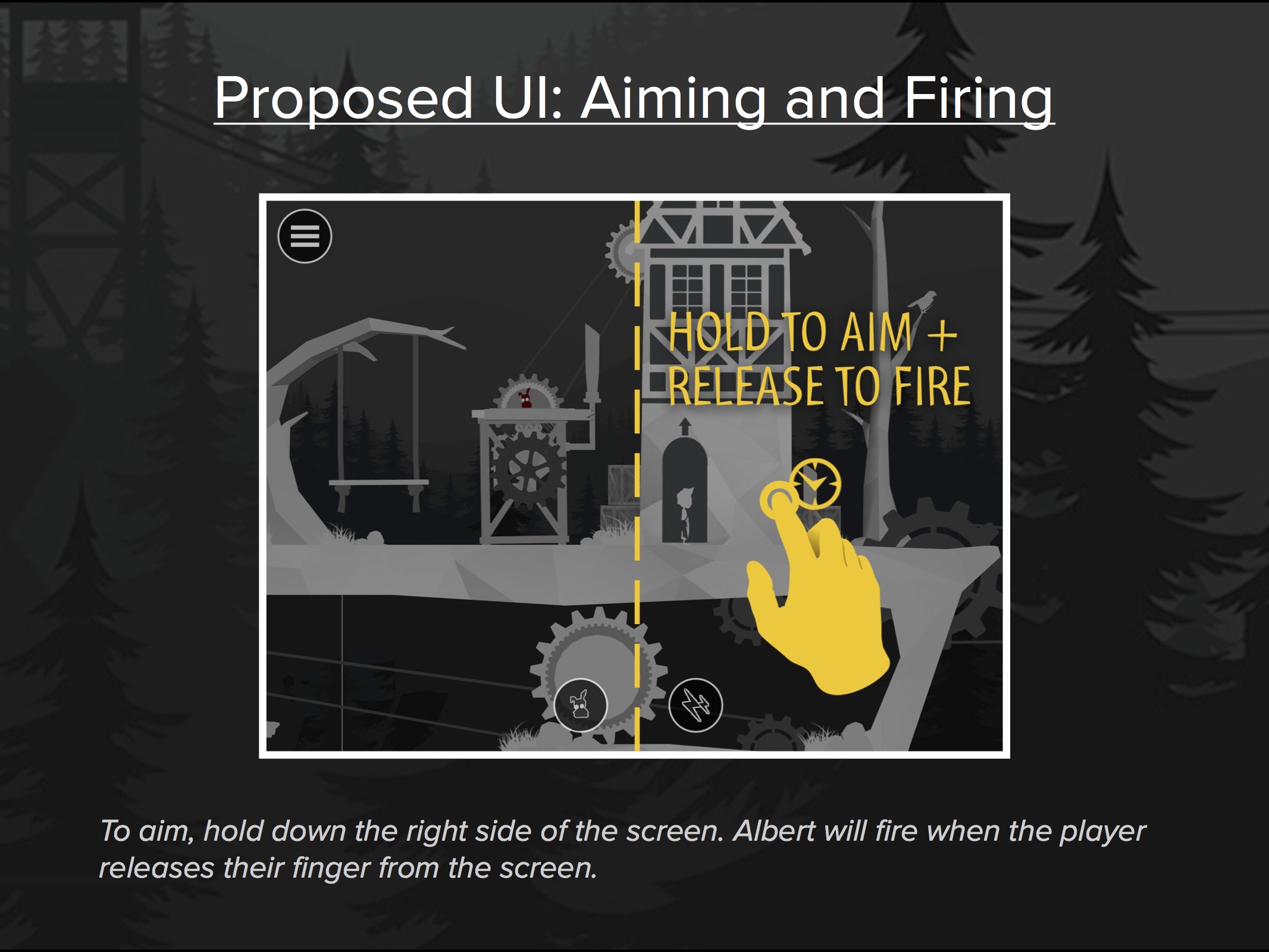 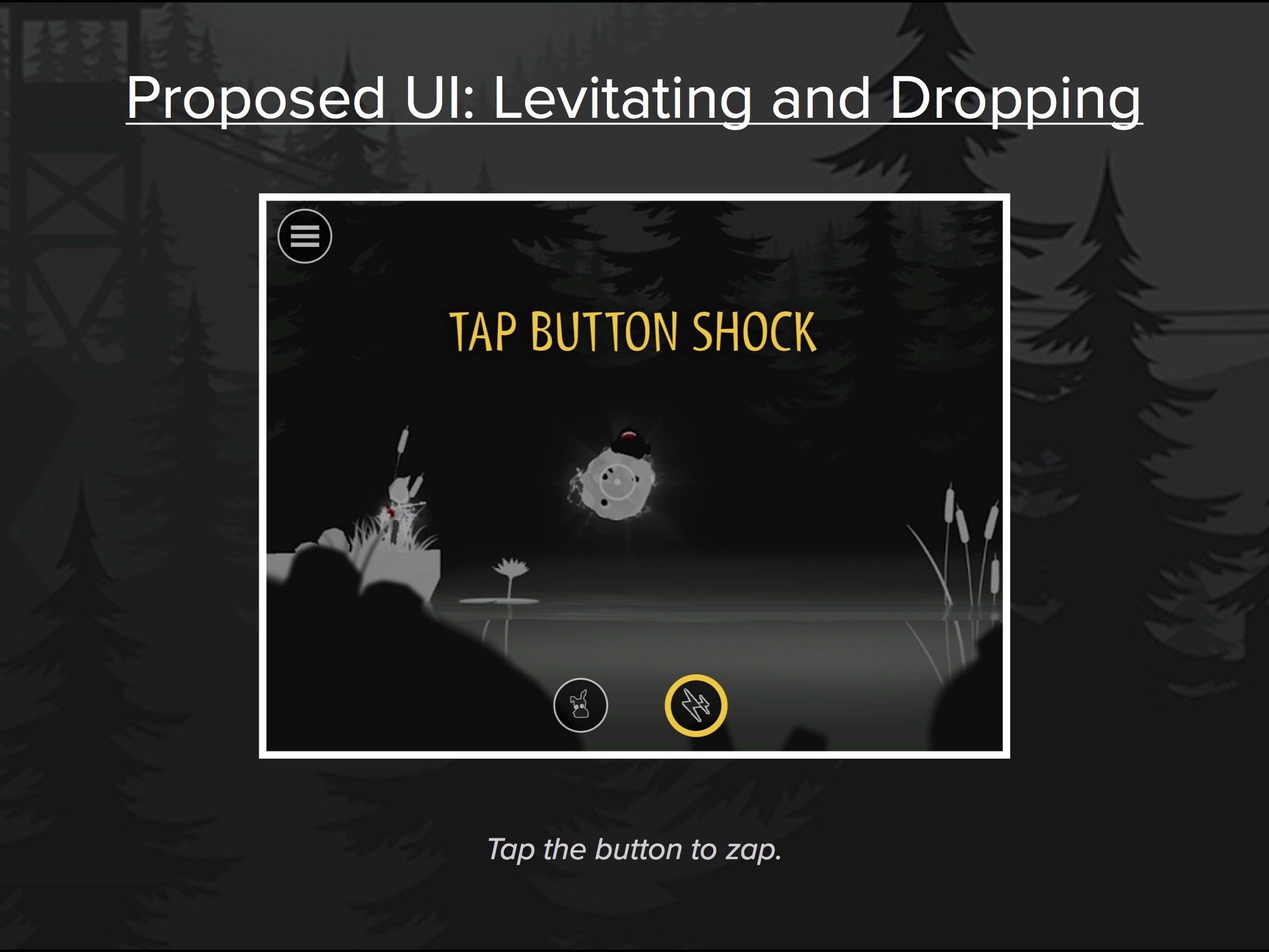 The result of the study was the full implementation of our suggested revisions in the current build of the mobile version of Albert & Otto.

Takeaways: Our favorite part of this project was sharing our process with our clients and teaching the concept of “gestures over joysticks” when it comes to gaming on a touchscreen device. Part of doing consulting work includes leaving a product, as well as a client, in a better place at the end of a project. The result of this collaboration was that we all progressed as businesses and that we have a better product and relationship because of it.

Check out “Albert and Otto” on the iTunes app store!